10 ways to entertain your kids on a road trip 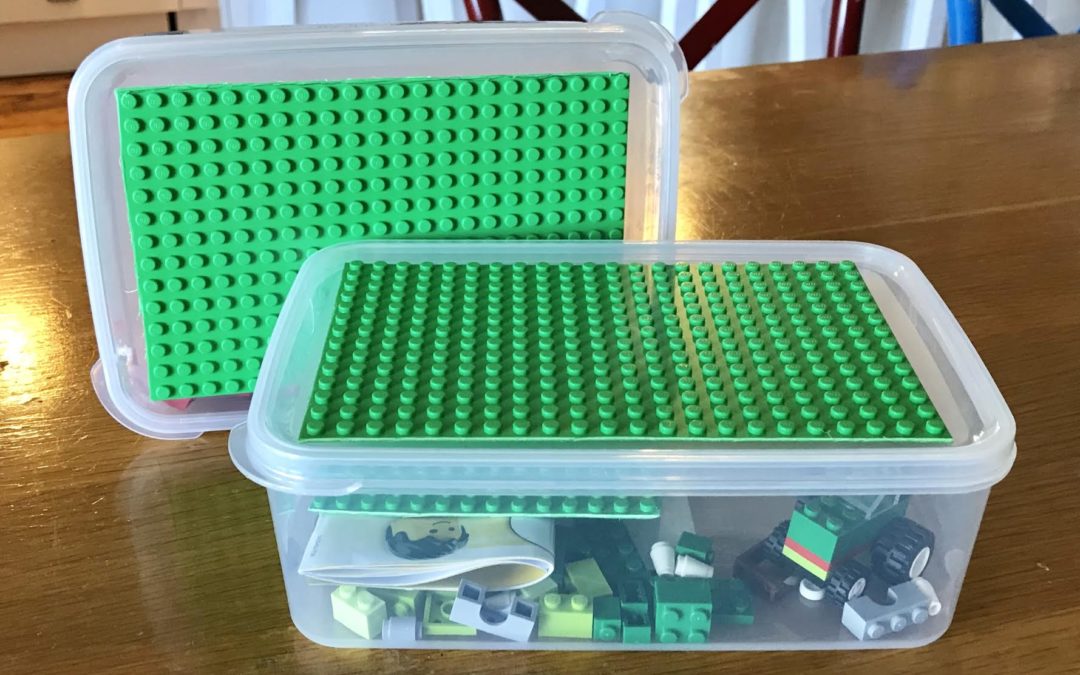 Recently I’ve been trawling through the old world wide web on the hunt for new ways to keep the kids occupied and off my case while we are driving.

And, I figure once we get to wherever we are going, said thing should still serve the same function and keep on giving while we are there…

The plan was, find my favourites, put them to the test and then, if they work, to tell you guys all about them!

Simple eh. Well, relatively. There was a trip to Kmart involved which was trying but nonetheless fruitful, and pretty cheap too which was a bonus.

I am not, I repeat, NOT, a craft person.  So if it made it to this list it’s easy. Seriously.

I’ve chucked a few old favourites in too, just the tried and tested never fail things we have been using for a while.

I’m going to try and mix it up a bit here to suit kids of all ages. Which brings us to number one on the list; 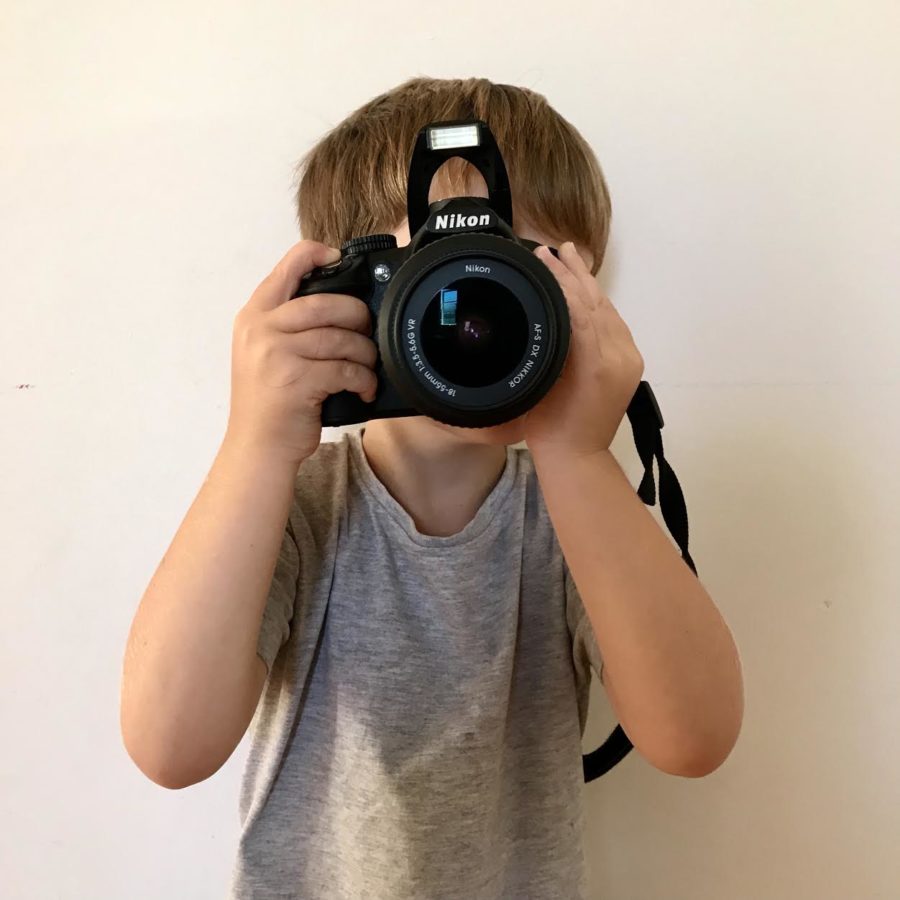 Camera – Give the older kids a camera so they can take pictures through the window while you are driving. Task them with finding the most interesting things they can and getting the perfect shot. You can all check them out together at the end.

Will it weird out the people in the car next to you? Probably! Will it keep the kids consumed for an extended period, I reckon it will.

It might be a polaroid, an old digital, and old phone, an iPad or if you’re really brave and they are a bit older then maybe they can get their hands on your camera. Whatever you decide on I think this would be a cracker to try, I would have loved something like this as a kid. 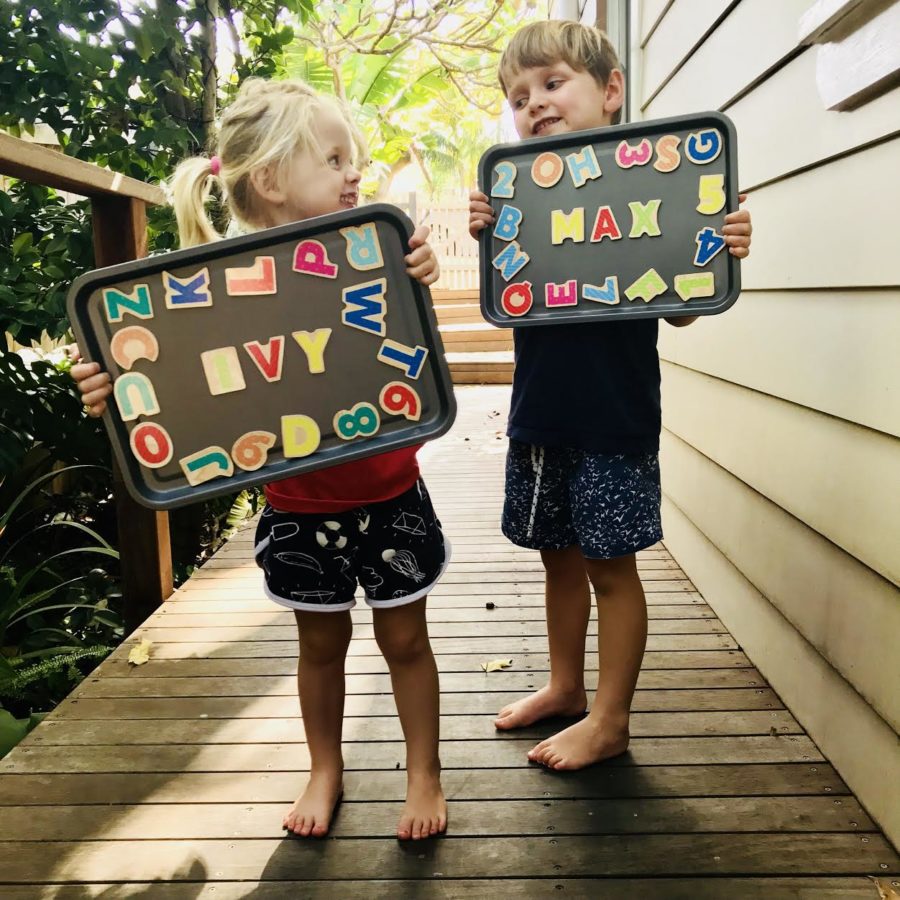 Baking Tray & Magnets – A small metal baking tray with magnets. This covers a few bases, one being a little activity centre, the other being, well, a tray.

If you’re a bit lazy like me, you just buy a tray and a bunch of fridge magnets and, voila, you’re done!

I also grabbed a few little jigsaw puzzles that they could do in the tray while we drive which worked well.

If you have a bit more oomph left in you then jump on Pinterest for some really cool and creative ways to use the magnet/tray combo.

Things like buying a bunch of magnetic stripping and putting it on the backs of puzzle pieces or spelling words. Or even onto pens and textas to stop them rolling around. The world is your oyster… 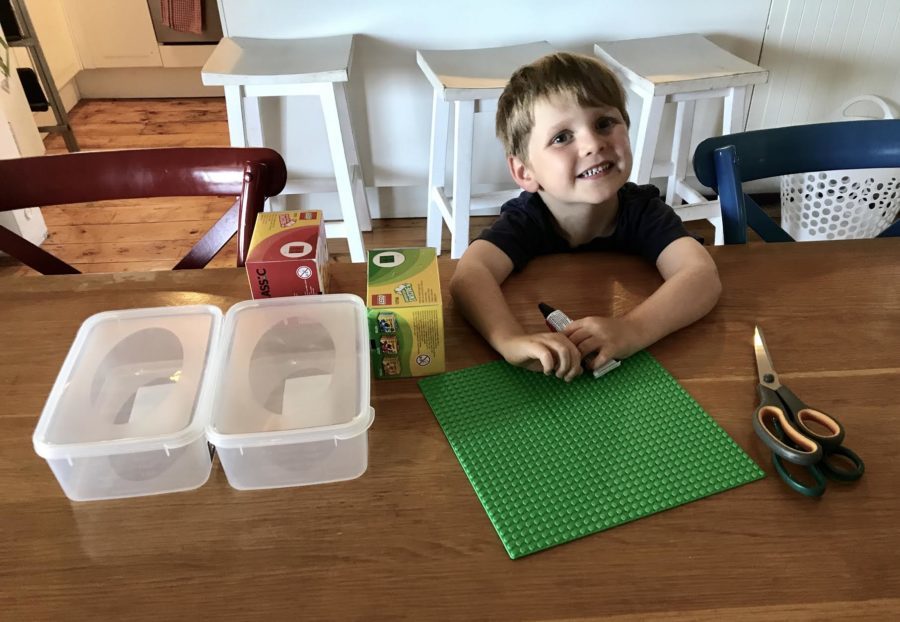 Travel Lego Box – A lunch box or plastic container turned into a travel lego box. Stick lego base plate to the lid and fill the container with lego so they can build on the go.

I know, it sounds complicated, I almost kept scrolling too. I’m stoked I didn’t because I reckon this was the biggest hit out of the lot.

I saw this a few times on Pinterest and different websites and I have no idea who originally came up with the idea but, whoever you are, you’re a bloody genius!

And it was easy. The best news is that you can cut that lego base plate stuff with scissors really easily and stick it to just about anything with some decent glue.

I did two of them in about ten minutes for $23. I reckon that could have been a bit less but my desire to get outta Kmart won out over my desire to be frugal.

The cool thing about this idea is that you can constantly change up the lego and keep it interesting.

Pipe Cleaners – Ok, so I was a bit dubious about these and whether our kids would be at all interested. But they were super cheap and didn’t need any assembly so I figured I’d give them a shot.

Turns out that pipe cleaners are FASCINATING to preschoolers. Who knew?

These guys have been stuffing around with them all day and I just had to have a bit of a run in with one who wanted to sleep with them tonight.

And we didn’t even get to the point where they want me to make stuff out of them like the mums do on Pinterest, they were just happy wrapping them around their own limbs. So, yep, they work. 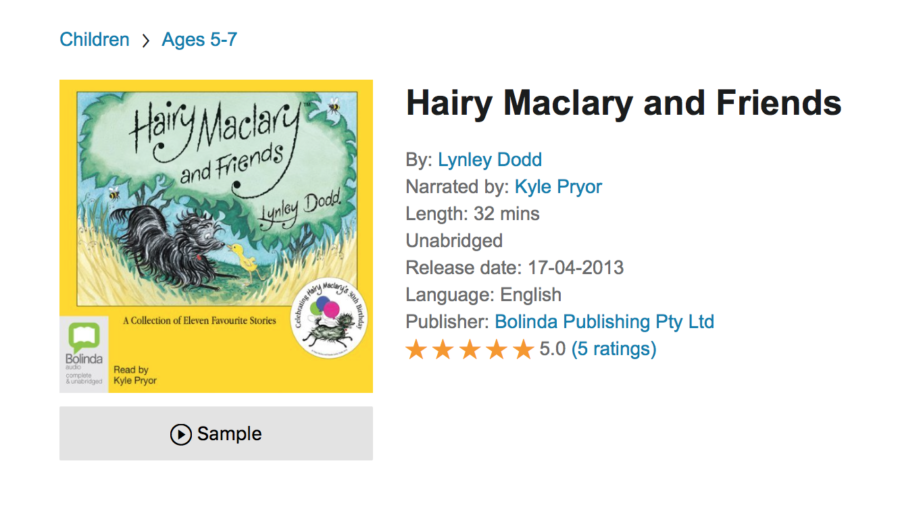 Audiobooks/Music – I know, I’m always on about audiobooks, but they have seriously changed up the whole road trip experience for me big time.

We tend to listen to the same stories over and over so I’d rather own the book than borrow it.

You can search for books according to the kids ages and there are heaps to choose from.

You can also get free audiobooks from libraries using Borrowbox, read a bit more about it here. It basically allows you to borrow audiobooks online from the library as you would with regular books. Very clever.

Or, you can get your hands on some cool toddler/preschooler music that teaches them useful stuff by the Teeny Tiny Stevies. They rock. As Zoe Foster Blake said it’s “kids music that doesn’t suck.” Their brand new album just came out too.

There is also the new app from the ABC, ABC KIDS listen. Music and stories for kids aged 0-5 for free.

If you have kids of different ages who are into totally different stuff then chuck some head phones on them and they can listen to their own thing. 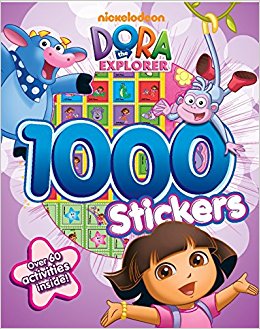 Sticker Books – These things are gold. Get the ones that have heaps of stickers (1000 plus) because they last for AGES. We are seriously still using this one which we were given a year and a half ago.

The older kids can use them as per instructions and spend ages putting stickers in the right spot in the book.

The younger ones like ours can just stick them all over everything. I have drawn the line at putting stickers on the windows but everything else is fair game now.

They come off pretty easily too so it’s no drama to sort out the chaos once you get where you’re going. 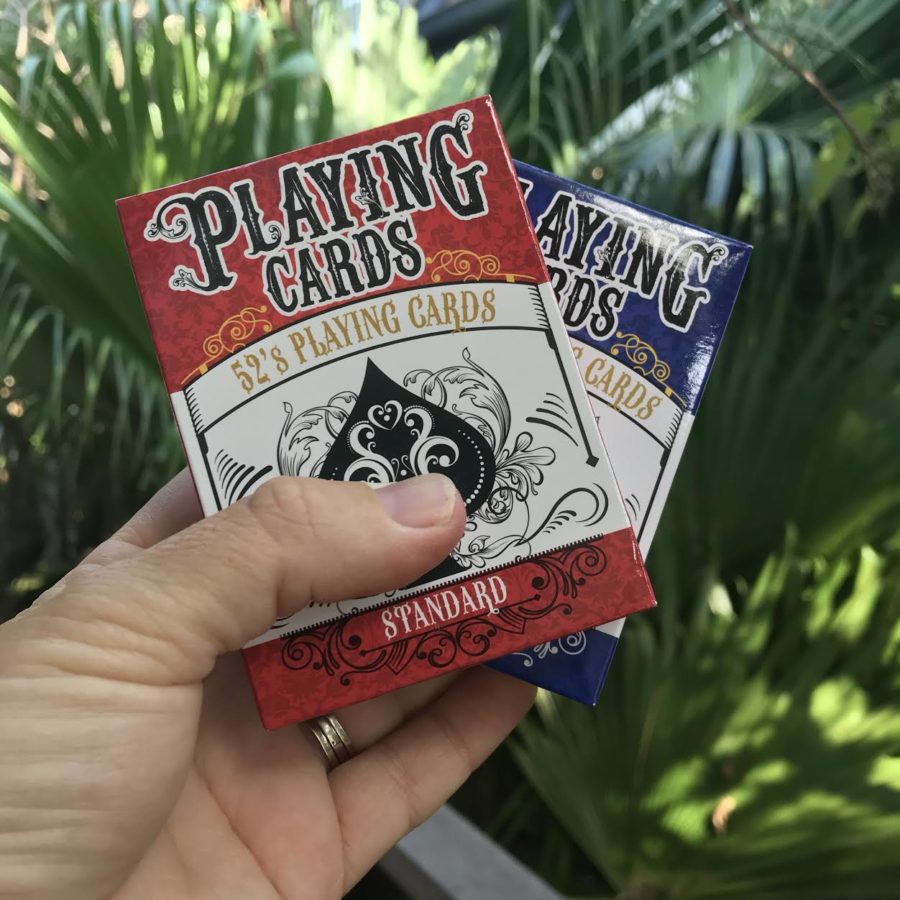 Deck Of Cards – This was another one of those ideas that I kept reading about over and over and hearing parents swear by it.

I was totally unconvinced that these guys would be into it and just quietly, a little reserved about the potential for spending ages picking cards up off the floor throughout the trip.

It turns out that, like the pipe cleaners, the cards are a winner. Even for our two at 2 and 3. Just hand them the deck and let them loose on it.

Oh, yep, you’re going to have to pick them up but I have decided it’s a small price to pay for silence. 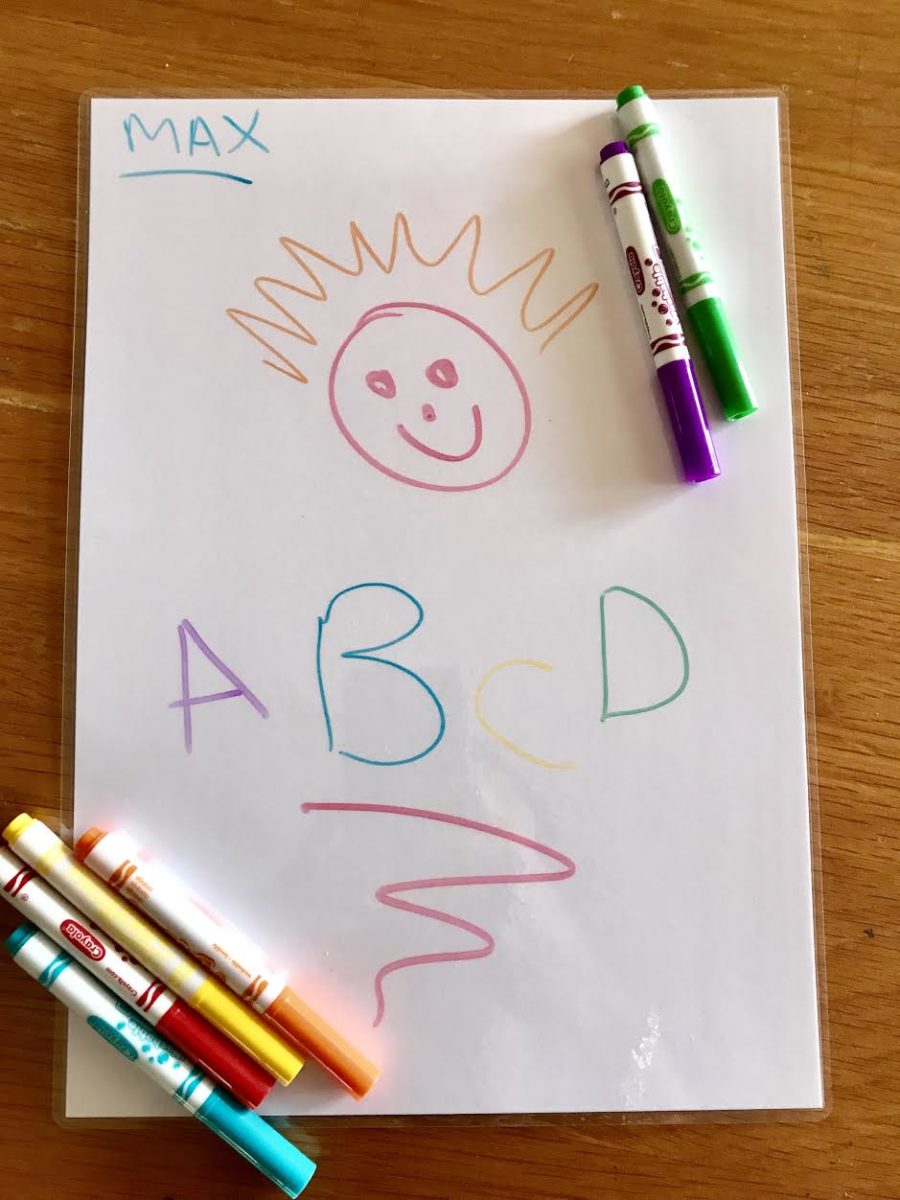 Laminated A4 Paper and White Board Markers – This one ties in nicely with the baking tray as the tray keeps the paper and the pens relatively contained.

First word of warning, don’t use regular grown up white board markers. They wipe off whiteboards and laminated paper but NOTHING else.

Crayola do a bunch of wipable offable pen and crayon things and I grabbed the Washable Dry Erase pens which worked a treat.

It’s simple, reusable, cheap as chips and the kids love it. Just don’t forget to give them a washer or some sort of rag to wipe it clean.

It’s also really temping to reach back and grab it off the kids so that you can write cranky messages to fellow road users. Like “Keep left unless overtaking. You eediot!” Anyways, moving right along… 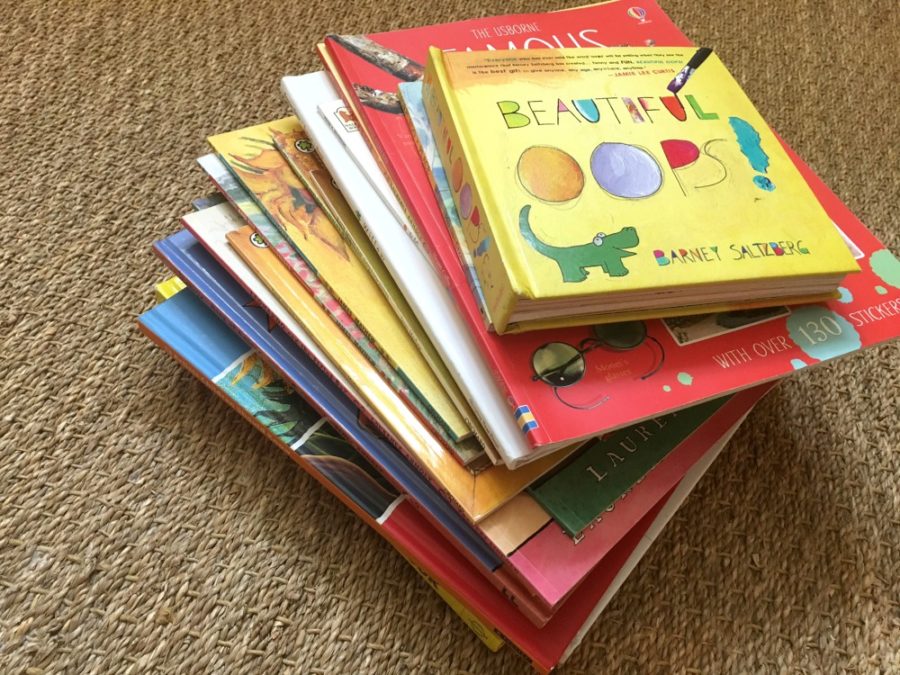 Books – The good old book. You probably have this on your list already but, if you don’t, chuck some in the car!

I stuff the kids pillows between their car seats to create a little table that they can reach and then put all of the books on it. That way they can reach them by themselves and choose what they want to read.

I did have a couple of books that read along with the kids as they turned the pages which worked a treat too. The only bummer there is that they seemed to run out of batteries pretty quick so we have since reverted to the normal non automated version. 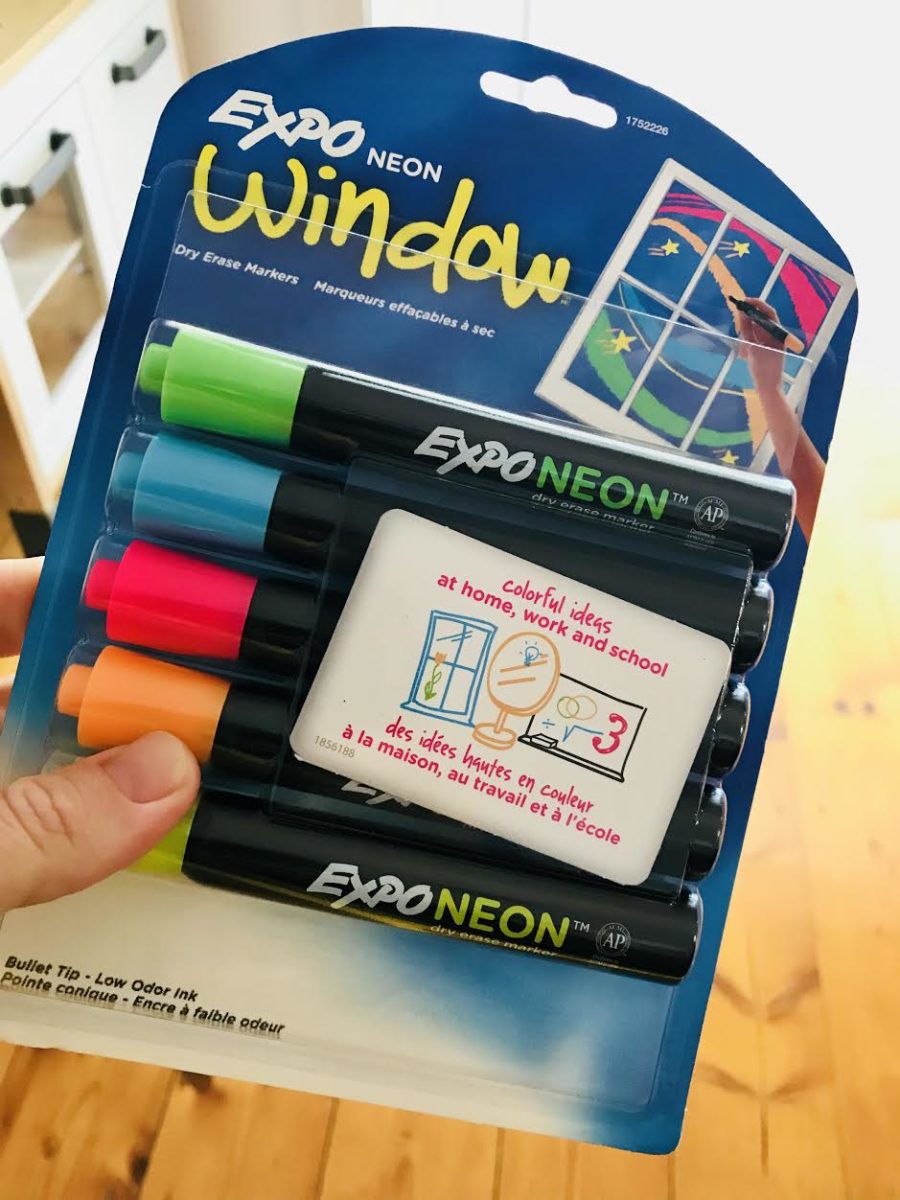 Neon Window Markers – These are cool! They are a little challenging logistically in the car for kids Max and Ivy’s age, which is unfortunate, but I had to add them to the list as they are so much fun.

They are perfect for older kids, who could do a whole artwork on their window during the trip.

Our two find it a bit hard to a) reach the window from their car seats and b) contain the drawing to the window, so I’m going to pause on them for now while we are driving.

The pen rubs off really easily, actually easier than a whiteboard marker on a white board. I didn’t test it on anything other than glass though.

I’m going to keep these stashed in the cupboard for a rainy day, literally, they can graffiti the windows to their hearts content! 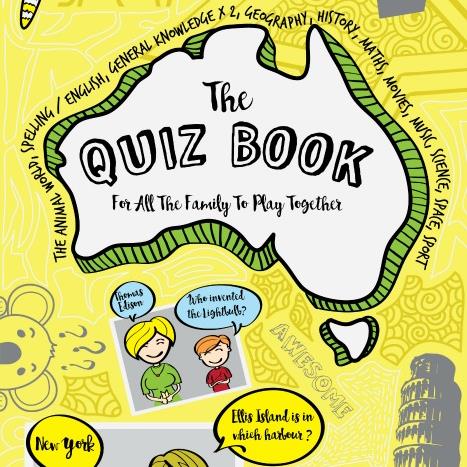 The Quiz Book – This book was written by a mum who was travelling with her kids and was struggling to find something that would suit a wide range of ages.

It’s designed to be all inclusive age wise and was done in consultation with teachers and with a focus on education as well as entertainment.

It is available in both hard cover and e-book versions, you can grab a copy on the TAWK (Traveling Australia With Kids) website and I’ve been hearing a lot of great feedback about it.

If you are after some ideas for space saving toys to take when you are travelling, check out road tripping and camping toys that don’t take up too much space for some of my favourites.

We’ve been avoiding heading south because it was

We met a little friend today… A little, old, cut

How to freak the Grandparents out 😆 Natures Wi