Why we went road tripping with a baby 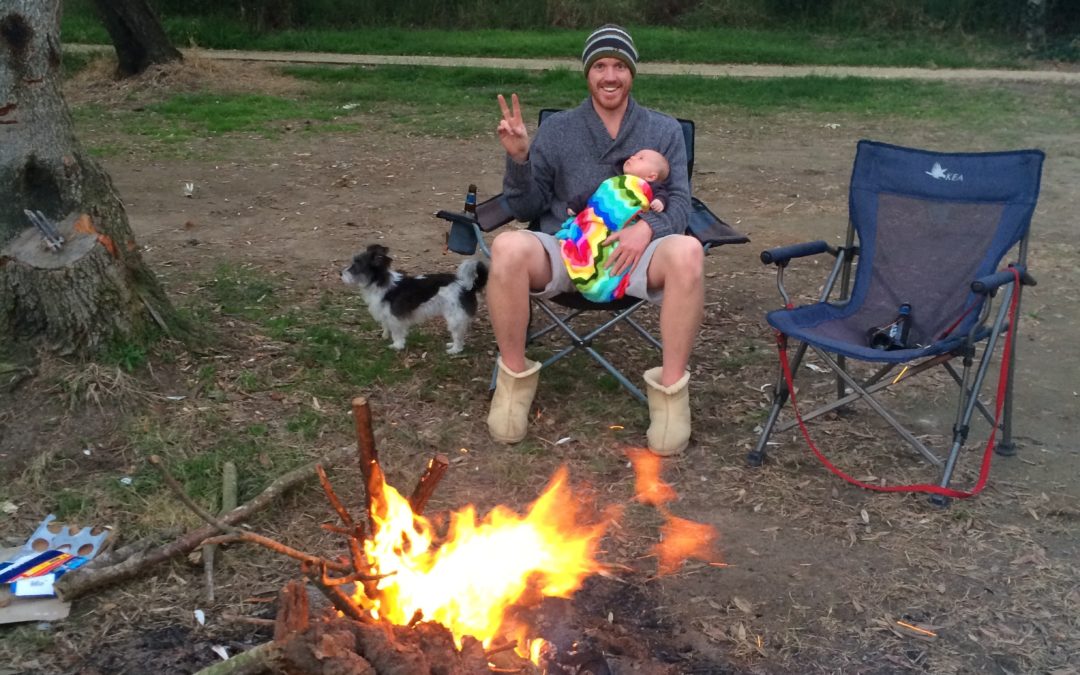 When I was still pregnant with our first baby we formulated a crazy plan. Crazy according to everyone we told.

When the baby was four weeks old we were going to hire a motorhome and do a road trip to the Sunshine Coast from Sydney (about a 2200km round trip). 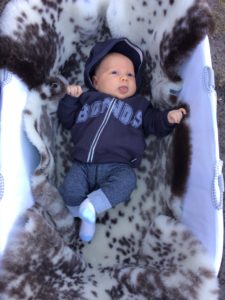 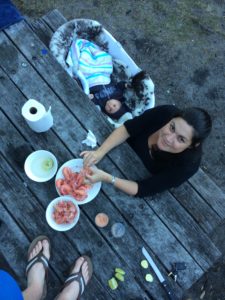 It gave Geoff, my hubby, a job that allowed him to have a mission and feel useful. It’s tough on Dads in the beginning at home with a new bub, they don’t have boobs or any idea really of what they should be doing to help.

This totally cancelled that issue out. Instead of Geoff taking any time off straight away when Max was born we saved it for the road trip and he was completely occupied with navigation, driving, sourcing food, finding campsites and he felt useful and confident and like he was all over stuff, rather than sitting and watching me breastfeed for hours every day.

It also meant that we could introduce the new baby to the whole family without having a constant stream of visitors which was awesome.

We could rock up at people’s places and be hosted but then have a place to retreat to when we wanted, the best of both worlds.

It also meant that I wasn’t sitting at home by myself, staring at a wall and freaking out about the fact that I now have to keep this kid alive and happy and well balanced FOREVER. No pressure or anything. 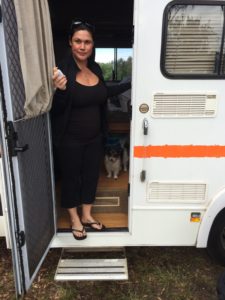 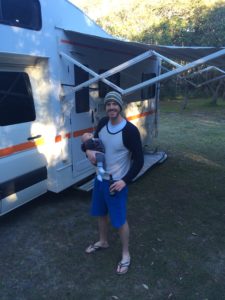 In hindsight, the six berth motorhome we hired was probably a little bit of overkill. But, I’d never had a baby before and it all seemed like a pretty big deal at the time.

Also, it was the smallest one we could get that had a shower and a toilet so that pretty much made the decision for us.

We did the slow drive up the coast road from Sydney to Noosa and stayed at a combination of free camps, caravan parks and national parks. If you’re keen to know which places were some of my faves along the way, check out beautiful places to stop between Sydney and the Sunshine Coast.

Newborns are awesome road trip companions, with the not being able to move, sleeping all the time, not requiring a grocery shop and not asking incessant questions from the backseat they really are about as good as it gets.

In fact, if you have one (a newborn) or you are soon to have one and you don’t already have another one that is old enough to be annoying then I suggest you get cracking, jump on the road and enjoy it while you can!!!

There are heaps of places you can hire all sorts of different homes on wheels. Check out online resources to help you plan your next camping trip for a bunch of different options. You can hire privately owned campervans, caravans and motorhomes these days and it works out a bit more affordable then it used to be.

We broke the trip up into manageable pieces, stopping and feeding bub every two to three hours (I was still in that crazy new mama stage where you wake a sleeping baby to feed it.) In hindsight I would have left the poor kid alone and enjoyed the scenery a bit more.

We kept the drive time to about four and a half hours a day which was really cruisy and gave us heaps of time to check everything out and still have time to set up at night.

We stuck to the same plan and timeframes as the roadtripping with kids – a survival guide, the timings have not actually changed from when they were newborns to now when they are almost three and almost four. 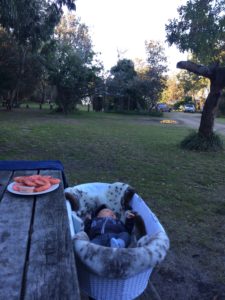 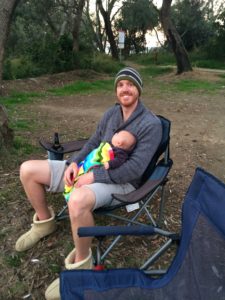 There were a couple of pieces of equipment we took along that were absolute gold; 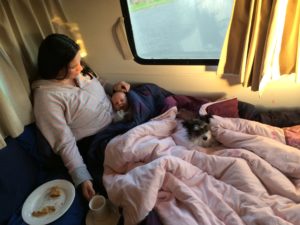 When Ivy came along 12 months and 5 days after Max we stayed home and had everyone come to visit to meet the baby and to be honest, I wish we had done a repeat of the road trip.

The other thing that happened the first time around is that the roadtrip made me really confident really quickly when it came to getting out and about with bub, so if you’re a first time mum that’s another reason to go for it.

I reckon if I had stayed home I probably would have stayed there for months a bit too freaked out to do the whole first time mum carseat, pram, feed in public thing. Nothing like a baptism of fire to get the ball rolling!

My gosh, I still remember the palaver that was us getting Max into the carseat in the hospital carpark and then driving home at 40km an hour through Sydney traffic, petrified that someone was going to run into us.

By the time we got back from this trip the thought of getting the kid and the pram in the car and doing a grocery shop was no longer terrifying.

Without boring you with details, the whole birth thing with Maxi didn’t quite go to plan, it went tits up and eventually, after a really long labour ended with an emergency c-section. The reason I mention it is that it didn’t make us rethink the trip.

I spent five days in hospital, three weeks at home and then didn’t do anything on the trip that was off limits. I guess what I’m saying is don’t let something similar stop you from doing your trip if you decide thats what you want to do. Just be aware and modify your plans to suit. 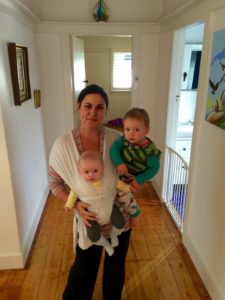 Often when I’m talking with people about what the kids and I get up to the word brave gets bandied around. People think I’m brave for doing long road trips with the kids, or for going camping solo with them or for hitting the road with a new baby.

The whole reason this blog started was because I wanted to let everyone know it doesn’t take any bravery.

The minute Geoff flies off for a business trip for a couple of weeks I hot foot it outta here, not because I’m brave but because I’m way too chicken to stay here by myself for two weeks.

I sound like a broken record I know, I’m always preaching this, but no wonder mums are losing their bloody minds every day all over the shop. It’s not natural to be alone all the time when you’re raising kids.

It does take a village, for real, and if you can’t live in the village then perhaps just settle for driving to it every now and then 😉

We’re all finding our favourite spots to hang. I

Not doing this was the hardest thing about being o

We are about to experience our home outside of sch