Safety tips for camping with kids 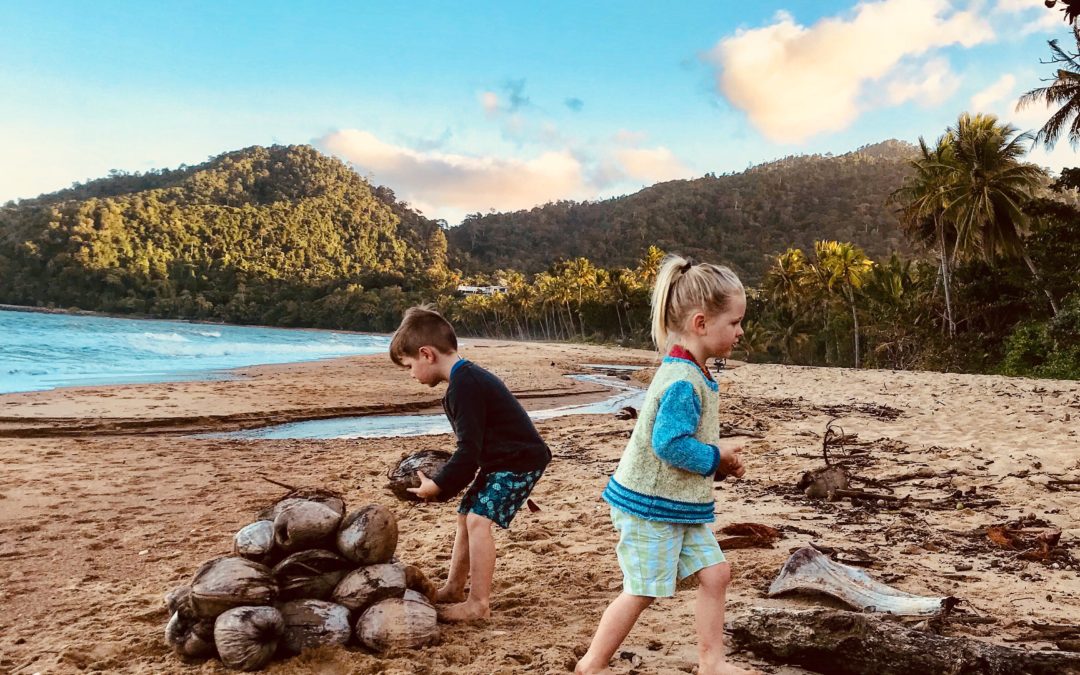 While I try and be aware of not being a panic merchant and getting too risk averse I also figure I’d be silly not to try to minimise the possibility of stuff going wrong.

Also, I’ve found that if I discuss certain “camping rules” with the kids before we arrive it makes it a whole lot easier to enforce the rules once we get there.

Write your site number or phone number on kids arms or use id bracelets.

I always have a permanent marker in the van for this purpose. I thought it sounded a little over the top at first but then we went to Woodford Folk Festival for a week and I found two lost kids under the age of five. The festival supplied wrist bands that you could write phone numbers on and we just called the parents both times.

Adding your site number when you are camping means that even if you are out of range at least a fellow camper can lead them back to where they belong.

You can also buy id bracelets from places like Wristbands Australia, check the bands out here. 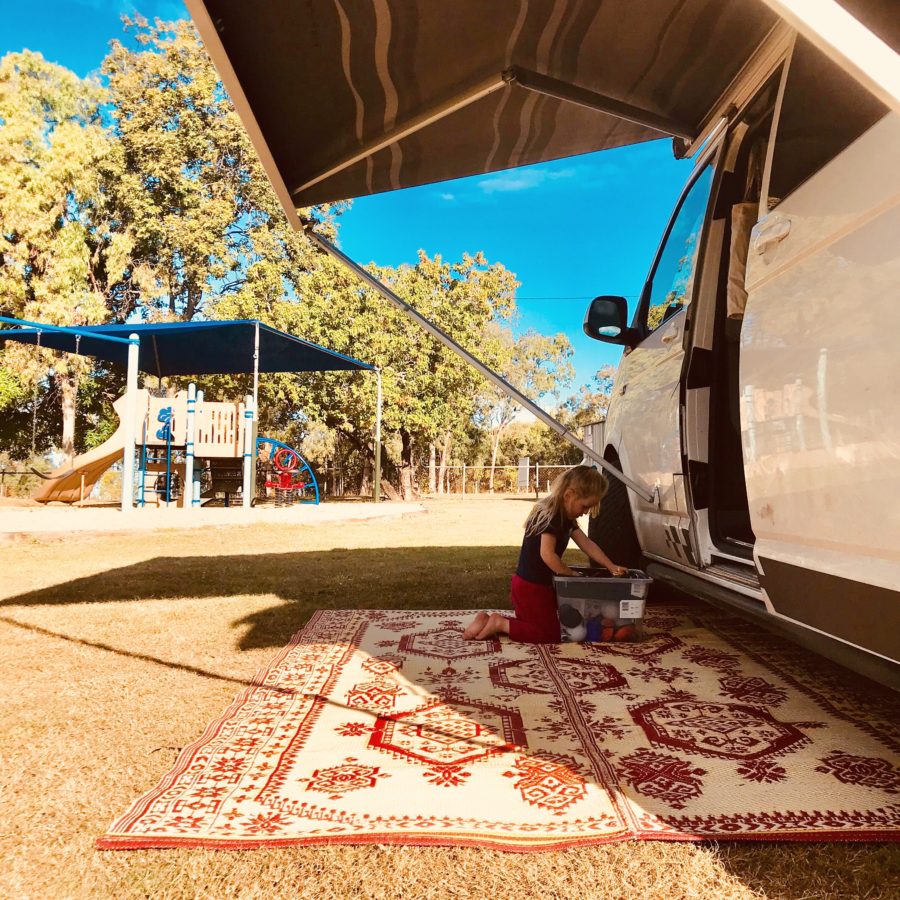 I went into this a fair bit in the post about choosing the most kid friendly site at a caravan park, and the same goes for any camp site you rock up to.

There is nothing worse than spending the whole stay herding kids away from a busy road or a body of water or a steep cliff.

Getting a site next to a playground or with a safe perimeter of grass so that you have time to see them wandering before they disappear is a game changer as far as relaxing goes.

I’ve got two kids with zero allergies so this never occurred to me. Until Ivy had a weird reaction to a mystery something late at night while we were a little more remote.

I spent an hour driving around at night freaking out until I got to a chemist and got my hands on some antihistamine. The pharmacist quite wisely recommended that I carry some in the van and I’ve done that since.

I still have no idea what it was she reacted to.

Educate them on snake safety.

This one became relevant recently after we had gone to the Symbio Wildlife Park and the kids watched the handlers carrying the snakes around so that they could pat them.

Next time we went camping we saw a snake and the kids were thinking it might be a cool idea to pick it up.

Needless to say I got right onto the whole snake safety rave after that. Things like pointing out where snakes might  be, making a lot of noise when walking through long grass, not trying to touch etc.

Check out this article by Mother Natured for some ideas on how to go about talking snake safety with your kids.

I always had a standard first aid kid that you buy ready made but now I’ve created a kids kit that I always have on hand too. It always has the following stuff – 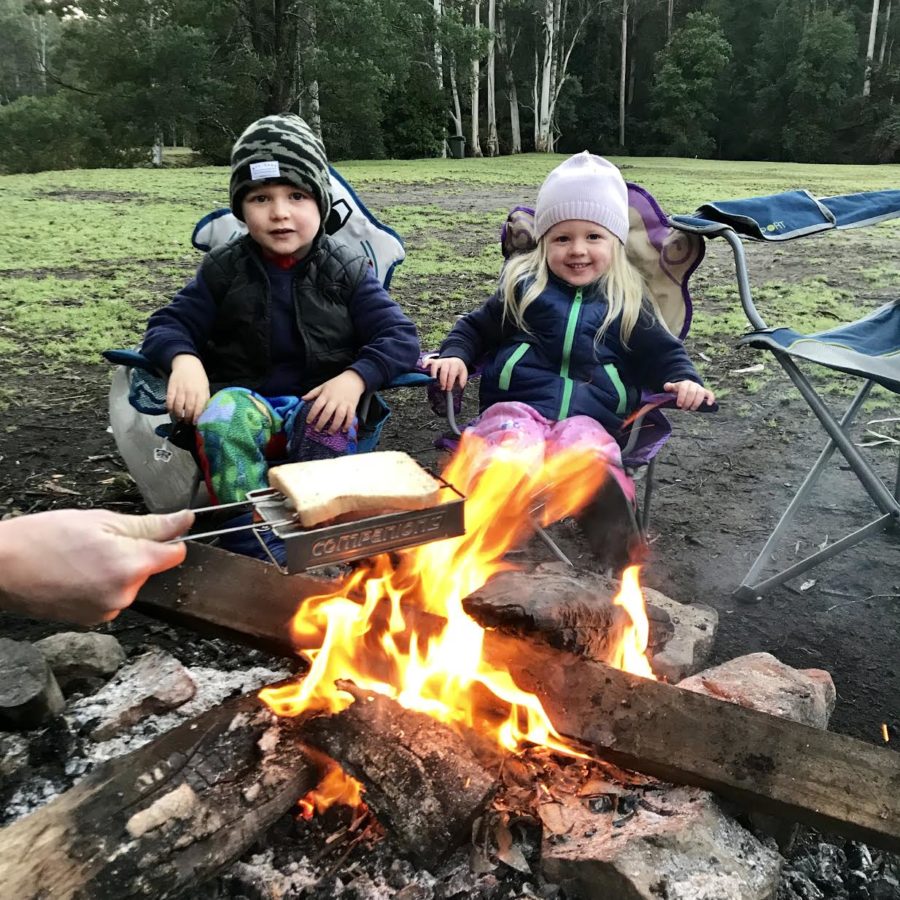 Ours are things like always wearing shoes around the fire in case of hot coals and creating a perimeter of some kind so the kids know how close is too close.

Also remind them that even when the fire looks like it is out it can still be very hot underneath.

The other thing I had to remind my guys of the other day was if they see the remains of a fire on the beach they need to stay away. There’s been some pretty nasty reports of burns recently when kids have walked over a beach fire that was covered in sand and not put out properly.

No going to the toilet or shower block alone.

Don’t let kids go to the shower blocks or toilets alone in caravan parks or campgrounds.

Create a buddy system for the older ones and always stick with the little ones.  I even take mine into the same cubicle as me, maybe a bit paranoid but I figure I won’t ever regret being too cautious when it comes to this stuff.

Give the kids walkie talkies.

Ours are still a bit young for this but a friend of mine has two older boys and it works a treat.

If they want to head off together within the campsite or caravan park they have to take a walkie talkie. That way their mum can buzz them whenever she wants to and check in that they are ok or find out where they are. 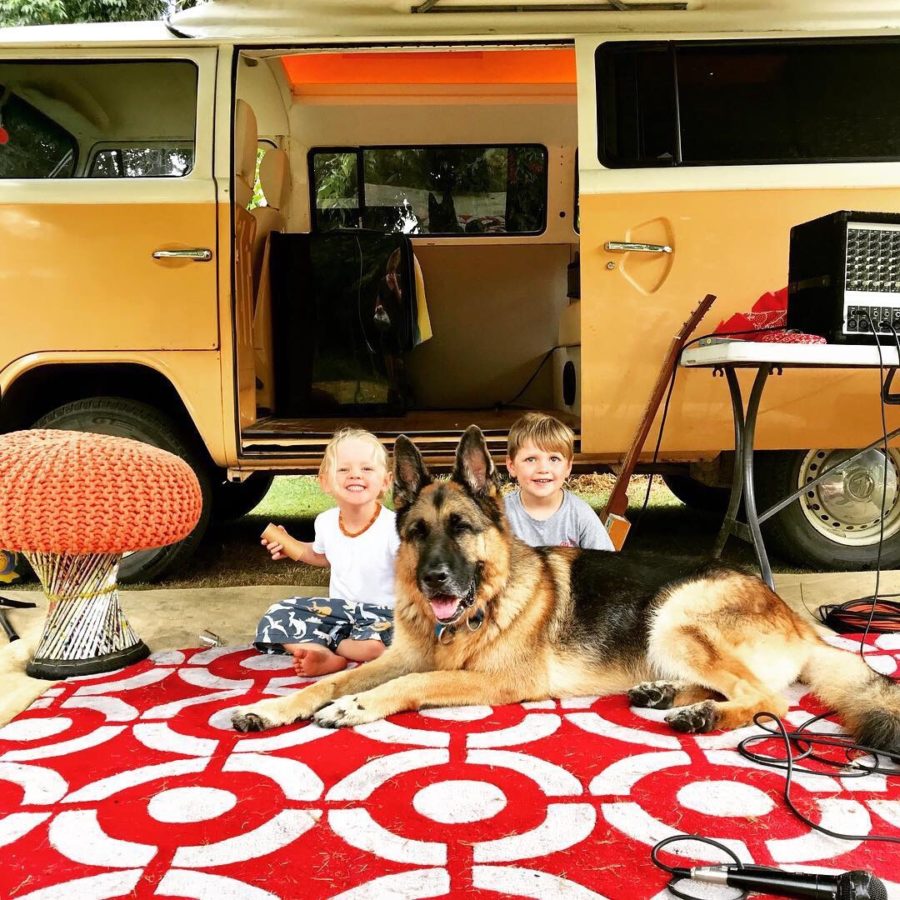 Talk dog safety with the kids.

Remind kids that approaching a dog tied up to a van or camp site is a bad idea, it’s something they are going to come across pretty regularly.

And of course just your standard dog safety as there are a heap of people travelling with dogs these days and you also come across a lot on certain beaches.

Oh my gosh, this one was some advice I got given and it was gold!

I lost the kids so many bloody times recently when we went camping in winter and it got dark at 4pm.

Next time I took some glow sticks and it was a game changer when it came to keeping tabs on them after dark.

The glow sticks are a bit of an environmental nightmare though, you could do head torches for the older kids or you can also get safety lights which are designed for kids and pets to make locating them after dark easier.

These ones from Amazon are under fifteen bucks for a pack of four.

There are a bunch of ideas out there when it comes to marking your guy ropes at night. Things like glow sticks, flashing lights and even purpose made glowing guy rope markers like these ones from Tentworld.

Whichever way you do it, it’s definitely worth avoiding busted arms and tears when the kids charge full steam ahead over the ropes after dark. 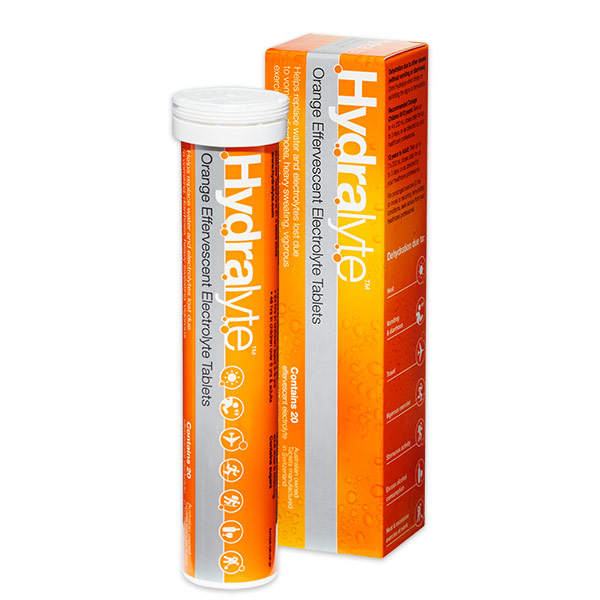 Have electrolytes on hand

Take Hydralyte tablets or some sort of electrolyte powder or tablet if you are camping in hot weather. Or even just spending a summer camping on the beach.

If you end up with a very hot and dehydrated kid you will be stoked to have them. They also come in handy  if you end up with the dreaded gastro doing the rounds and you need to hydrate a child who has been vomiting a lot.

Well, there you go, that’s all from me for now, have fun, stay safe and don’t be too paranoid! 🙂

If you are thinking of going it alone and heading off by yourself with the kids then check out tips for feeling safe when camping solo with kids.

And, if you suffer FOMO and don’t want to miss the next riveting post by yours truly then subscribe here, cos it’d be a real bummer to miss out right? 😉 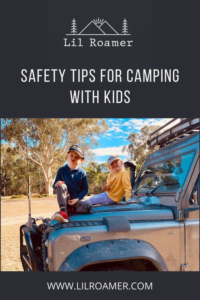 Frank is starting to get that lived in feels like

One of the things I’m loving about the camper is

A quick stop for dinner and pj’s and the brushin

Our friends dog Rocco has assigned himself kid gua